A Legend of Help - Ian Kiernan

** This blog has been copied from the original link on the NRMA Hub: https://thehub.nrma.com.au/community/legend-help-ian-kiernan **

“The real beauty of what Ian did was showing people how to do something about a problem and to see the results,” says Terrie-Ann Johnson, managing director of Clean Up Australia, about the organisation’s founder, Ian Kiernan, who passed away in October. “So many of us try to build up power through what we know and who we know. With Ian it was more like, ‘We’re all in this together’. And that is something that is going to be really hard to replace.”

Ian Kiernan AO – environmentalist, yachtsman and founder of Clean Up Australia – passed away in October after a short battle with cancer. He was 78. He is survived by his wife Judy, his two daughters Sally and Pip and son Jack. Ian’s life will be celebrated at a State Funeral in Sydney on Friday, 16 November.

“This is a man who would walk into a room, smile and just light up his surroundings,” says Terrie-Ann. “He had the ability to engage with people, to empower people. When he made eye contact, you felt like you were the only person in that room.”

Born and raised in Sydney, Ian became a successful property developer before embracing his childhood love of sailing and becoming a successful professional yachtsman, representing Australia in dozens of competitions around the world. In 1986-87, he sailed for his country in the BOC Challenge, an around-the-world solo yacht race. It was during this trip that Ian became concerned with the amount of rubbish he saw clogging the oceans and littering coastlines internationally.

Back in Sydney, Ian teamed up with friends and organised the Clean Up Sydney Harbour event in 1989, rallying 40,000 volunteers who collectively picked up more than 5,000 tonnes of rubbish. “Ian was a very practical, down-to-earth person, and very solution focused,” Terrie-Ann explains. 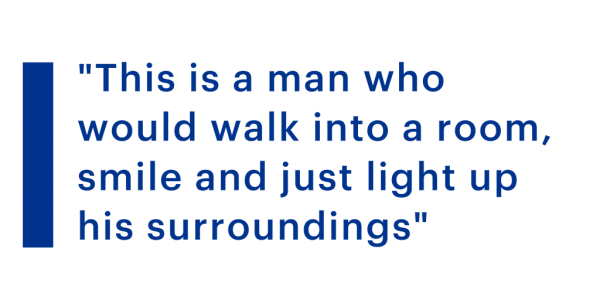 Out of this impressive result, Clean Up Australia was born. The following year, hundreds of thousands of volunteers removed rubbish across the country. “Ian very much believed in shared ownership of problems. Litter is a perfect example: the issue starts with the people who are manufacturing the products in the first place; then it moves on to the retailers; and then it comes down to the consumers. From the beginning, Ian was very focused on making sure that everyone understood that we are all part of the problem, therefore we all have to be part of the solution.”

Clean Up Australia grew quickly and, in 1991, the United Nations asked Kiernan to create and oversee a global initiative, Clean Up the World, which launched in 1993. More than 30 million people in 80 countries participated.

“In those early days, Ian was very hands-on and operationally involved. He negotiated partnerships, sat on various committees and was called upon by all levels of government for his advice. Most importantly, he was out there in the community – he was very actively involved with the volunteers – and would talk to anyone who he thought he could get to support his mission.”

As Clean Up Australia continued to grow, Kiernan began assembling and mentoring what he referred to as “the next generation” of executives, including Terrie-Ann Johnson, to help steer the organisation into the 21st century. But even as he handed over various day-to-day responsibilities, he remained at the helm, fronting the media and helping to rally the troops for Clean Up Australia Day each year. “He would still pick up the phone and cut through the red tape if we needed to get something done.”

Ian received an impressive array of accolades in the 1990s and 2000s, including the Order of Australia medal (OAM), the Australian of the Year award, the Officer of the Order of Australia (AO) and an honorary doctorate in science from the University of New South Wales. In 1998, the United Nations awarded him the Sasakawa Environment prize for “mobilising tens of millions of people around the globe”.

All of this had little effect on Kiernan’s down-to-earth, average Aussie bloke persona.“He never thought he was superior to anybody else,” Terrie-Ann says. “If he knew something you didn’t, he’d be very quick to make sure you were brought up to speed. Ian was very generous with his time, experience and knowledge.”

In literal terms, Ian leaves behind a country – and a world – that is much cleaner than it would be had he not founded Clean Up Australia. But his legacy extends further. “People see all the rubbish around, they get their friends involved, they pick it up... then it’s gone, and they feel empowered.”

Speaking to 60 Minutesin 1992, Ian said: “The thing I like best about [Clean Up Australia] is that it’s the people who own it. When I go to Perth or Hobart or Melbourne, they say, ‘Let us tell you what we’re doing about Clean Up Australia Day this year.’ They own it. I think that does a lot for the country: to remind us that we are all Australians.” 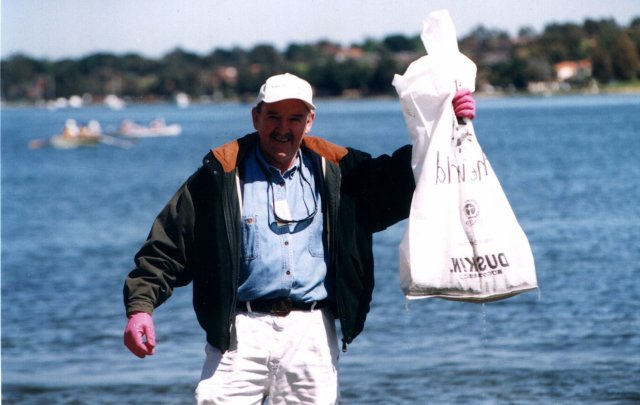